Services For Business
Services For You
Pages & News
Our Experts
Start typing to see results here.
You are here: Home > Commercial Law > Drones And Data Protection 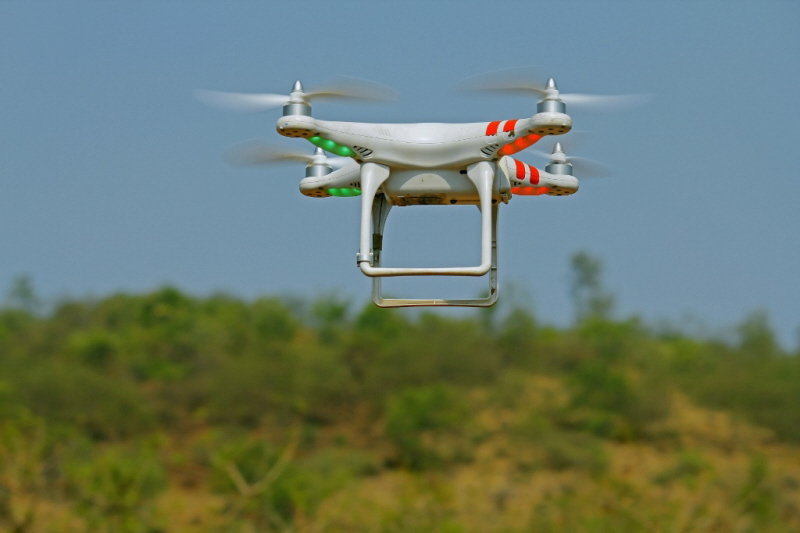 In 2017 we continue to see the advancement of technology and, more recently, the increasing use of drones. With this development comes problems and misuse, for example the recent news of individuals who have been using drones to drop drugs and/or phones into prison. The use of drones with cameras also raise data protection and privacy issues.

What is a drone?

A drone is also known as an ‘Unmanned Aerial Vehicle’ or ‘Unmanned Aerial System’ and they are increasingly being used by organisations around the world to boost their business. For example, Amazon are joining forces with the government on a new programme that will explore the use of drones for home deliveries.

What does the law say?

The UK is considered to be one of the most advanced countries in relation to the regulation and use of drones. The Civil Aviation Authority (CAA) is the statutory corporation which oversees and regulates all aspects of civil aviation in the UK including the use of drones.

The main legislation that governs aircraft including drones is the Air Navigation Order 2009 which sets out the following rules on the use of small unmanned aircrafts (including drones):

If you are flying a drone for commercial purposes (i.e. making money from flying the drone, e.g. as a photographer/videographer) or your drone has a camera fitted and you intend to fly it within congested areas or closer than the distances listed above to people or properties not under your control then you are required to obtain permission for aerial work from the CAA.

A breach of the Air Navigation Order 2009 is a criminal offence in the UK and you may face a fine of up to a maximum of £500,000. Also it can lead to adverse publicity for the drone operator.

If your drone has a camera, you especially need to be mindful of data protection and privacy laws. The Data Protection Act 1998 (“DPA”) protects an individual’s information by providing rights to privacy to individuals. The DPA sets out the laws in relation to processing personal information (i.e. information from which a living individual can be identified).To put into context, a drone with a camera may capture images of individuals, houses, cars, driving licence plates which all constitute as personal data.

The Human Rights Act 1998 also provides individuals with a right to privacy and the use of drones may infringe such right if they are used invasively. Drones can also cause annoyance and social disturbance to others.

What can you do to be co-operative?

The Information Commissioner’s Office (the data protection regulator) has released some tips on responsible use of drones to encourage people to evaluate the data protection impact and minimise any breaches. For example, let people know before you start using your drone or delete/anonymise any unnecessary personal data soon after the collection or as soon as possible. To see the full guidance please go to the following link: https://ico.org.uk/for-the-public/drones/. Remember that if you are flying a drone for commercial purposes then you must obtain permission for aerial work from the CAA.

If you are a manufacturer of drones, you can contribute to the safe and responsible use of drones by providing sufficient information in the packaging (i.e. instructions manual) relating to the potential intrusiveness of drones and reminding users the need to respect legislation and regulations protecting privacy, personal data and other fundamental rights. Drones could also be made as visible and identifiable as possible, e.g. flashing lights, bright colours.

If you are operating a drone for commercial purposes, you are required to obtain third party liability insurance pursuant to EU law. For those operating drones weighing less than 20kg for non-commercial purposes, there is no requirement to obtain third party liability insurance. However, you should still consider obtaining insurance cover to protect yourself in the event that your drone causes an accident or damage.

Section 76 of the Civil Aviation Act 1982 essentially provides that the owner or operator of a drone shall be liable for any surface damage (i.e. injury to an individual or damage to property) caused by an aircraft such as a drone. The owner/operator will have to compensate the victim for their loss. Also, the opinion of Lord Ellenborough in Pickering v Rudd (1815) 4 Camp 219 reminds us of what may constitute as trespass of airspace. He suggested that a bullet fired across a field would not be trespass until that bullet fell on the ground. This means that if your drone crashes and lands on someone’s property, they may sue the drone pilot for trespass and for any damage caused. This is more likely if the drone is found repeatedly landing on someone’s property.

For consumers, it is unlikely that most household insurance policies would provide cover for damage caused by drone use so taking out a policy beforehand would better protect your interests.

If you would like more information about the issues above, Talk to Tollers on 01908 396 230 and ask for Liz Appleyard in our Commercial Team.