Services For Business
Services For You
Pages & News
Our Experts
Start typing to see results here.
You are here: Home > Employment Law > Royal Assent for the Trade Union Bill 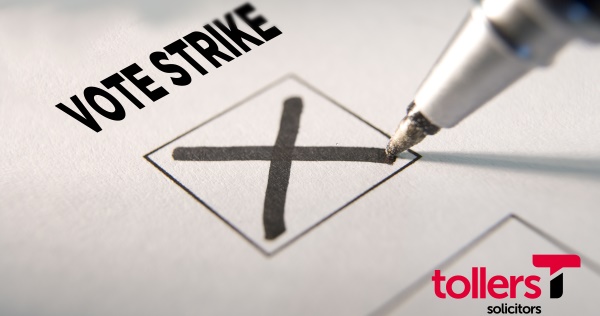 In July 2015 the Government published the Trade Union Bill which introduced with a number of reforms to ensure trade union strikes only take place as a result of a clear and democratic mandate from union members. When the bill was introduced, the Trade Union Congress (TUC) commented that it was an ‘unnecessary attack’ on worker’s rights.

(1) The requirement for at least 50% turnout in votes for industrial action in order for a strike ballot to be valid. This is a brand new requirement, as there is currently no minimum level of turnout requirement. The change will mean that if there are 1000 union members entitled to vote in a ballot then at least 500 of them must actually vote in order for the trade union to have statutory immunity for tortious liability.

(2) An additional threshold of 40% of support to take industrial action from all eligible members in certain public services (including transport, health and education) must be met for action to be legal. The results from the Government consultation on this provision stated that guidance will be issued to clarify which workers were expected to be captured by each of the public services listed under the provision.

(3) Setting a 6 month time limit for industrial action to take place which will mean that trade union mandates will always be up to date.

(5) Creating a transparent process for trade union subscriptions that will allow new members to make an active choice of paying into political funds. All members of the union must be notified of their right to be exempt and how they can exercise their right of exemption from contributing to the union’s political fund.

Tollers’ Employment Law Team are here to help should you have any queries regarding this article, do not hesitate to contact us on 01604 258558. The Act will be bought into effect in due course and the practical impact of these new provisions will soon take their effect.