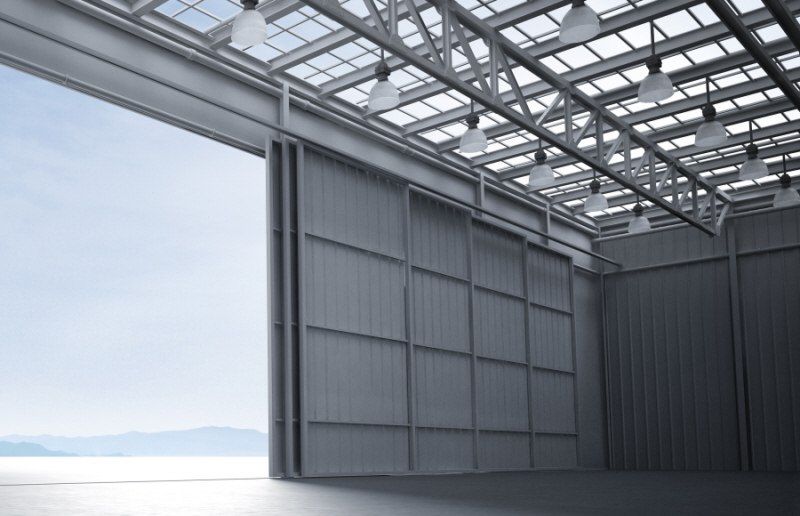 Suzi Dorbon, now 47, was employed by the defendant as an aircraft mover.  On 28th April 2015 she was working on her own in a hangar, opening the mechanically operated doors to Hangar 219 at Luton Airport, when she became trapped between two sections of the doors.  She suffered serious crushing injuries resulting in catastrophic brain damage of such severity that she remains in a persistent vegetative state to this day.

Her employer pleaded guilty to a charge of failing to ensure the health, safety and welfare at work of employees by failing to provide adequate information, instruction, supervision and a safe system of work for the operation of the doors at Hangar 219 Luton Airport.

The Judge when delivering the sentence said, “I have heard read aloud in open court the very moving Victim Personal Statement of Michael Dorbon, Suzi Dorbon’s husband and carer, in which he sets out the appalling consequences of the injuries his wife suffered and the life-changing effect that her on-going condition has had and continues to have upon him, her parents and their friends and family.  No punishment I can impose can ever make up for the dreadful human tragedy which this case represents and I must strive to decide upon a penalty which is just when looked at from every angle.”

Speaking on BBC Three Counties Radio, Tristan Holdom, a specialist lawyer in catastrophic brain injuries at Tollers Solicitors who is representing Mrs Dorbon said: “Unfortunately, despite the guilty plea by Mrs Dorbon’s employers, their insurers have maintained a denial of liability in the civil claim for the past 2 years, forcing the family to rely on NHS funding for Suzi’s care and their own savings for equipment such as a wheelchair accessible vehicle.  I hope that they will now do the right thing and agree to compensate Suzi and ensure that she is looked after for the remainder of her life.”

Hangar 219 was fitted with two mechanically operated doors, each of which consisted of three very large solid sections or ‘leaves’ which could be moved horizontally along tracks using a hand-held control panel. Despite the manufacturer highlighting the crush risk, the Company’s formal Risk Assessment document failed to identify the risk of a person being crushed by the doors or any steps which needed to be taken to reduce that risk.  Although CCTV was present in the hangar staff were not monitored or supervised to ensure that they operated the moving the doors safely.

The prosecution pointed to the fact that following the terrible accident, the Company took a number of simple steps to reduce the risks to employees including  painting yellow lines on the floor to show employees how far to stand back from the doors, new warning signs, a new operation manual with additional entrapment warnings, retraining, monitoring and supervision of staff.

The Judge agreed that all these steps were simple and inexpensive and should have been taken when the doors were first installed.  Had they done so, it would have prevented the risk which resulted in the catastrophic injuries to Suzi Dorbon.

Mrs Dorbon’s condition is unlikely to improve and will require 24 hour care for the rest of her life.