Services For Business
Services For You
Pages & News
Our Experts
Start typing to see results here.
You are here: Home > Personal Injury > #ITSNOTOK 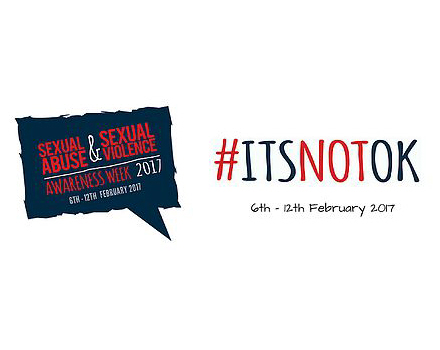 Understandably Sexual Abuse and Sexual Violence is a topic no one likes to think about. This week (6th – 12th February) Sexual Abuse and Sexual Violence Awareness Week. The NSPCC explain about child abuse: “Sometimes the child won’t understand that what’s happening to them is abuse.” Join us this week as we shout #ITSNOTOK across our social platforms as we do our bit to help break the social taboo on talking about Child Sexual abuse and violence. If we empower just one child to seek help – isn’t that worth a little social discomfort? Paul Morrison, Child Abuse Specialist Lawyer and Head of the Personal Injury Department at Tollers Solicitors, believes we all need to expand from our comfort zones to talk about child abuse and shout #ITSNOTOK

The NSPCC reports: “There are currently over 57,000 children identified as needing protection from abuse in the UK”

#ITSNOTOK that for years our budding sports stars have been subjected to child abuse by coaches who were in a position of trust.

#ITSNOTOK that organisations turn a blind eye to celebrities who have believed themselves above the law whilst they have exploited their position of power to groom and abuse vulnerable young adults.

#ITSNOTOK young people are being groomed through social media accounts by abusers pretending to be someone they are not! Take the horrific case in Leicester where a young girl was tricked into lying to her parents about where she was going and after suffering a period of sexual abuse at the hands of a person she had met through social media was murdered.

#ITSNOTOK to suffer sexual violence from a partner who should love and cherish you, not abuse the trust given to them.

If you have concerns about a child or young person, perhaps you have seen behavioural changes, they have become withdrawn, fearful or secretive or you need more information about spotting Child Abuse go to the NSPCC Child Abuse page which has a lot of information on this topic. You can also find help and support at Barnardo’s and you can view more information about getting involved in the #ITSNOTOK campaign on the website sexualabuseandsexualviolenceawarenessweek.org

Paul Morrison is a specialist lawyer helping victims of historical sexual abuse in seeking redress for the harm caused. Talk to Tollers.