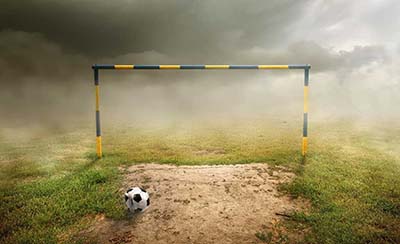 Andy Woodward, who played for Bury and Sheffield United, said he had been raped on hundreds of occasions whilst at Crewe Alexandra from the age of eleven to fifteen years. His abuser, Barry Bennell, was sentenced to nine years in prison in 1989 after admitting sexual offences against six boys aged nine to fifteen. Bennell worked as a Football Scout and Coach at Crewe Alexandra in the 1980’s and 1990’s when the sexual offences took place.

Paul Stewart, who played for Tottenham, Manchester City and Liverpool and has three England caps, claimed he was assaulted over a four year period by a Coach.

Both high profile footballers describe the deep psychological scars these harrowing sexual assaults have caused. Both have struggled with depression, panic attacks and suicidal thoughts.

Andy Woodward says he did not receive enough support from Crewe Alexandra when the abuse was first revealed. He says it was brushed under the carpet. It is only now, thirty years later, he feels he is able to speak openly about the abuse he suffered.

Paul Stewart did not previously disclose he was abused. Very often, this is because a victim feels they may not be believed, could be blamed, could be ostracised and because of the stigma attached to sexual abuse.

Other high profile sexual abuse scandals, such as the Jimmy Saville enquiry, has encouraged other sexual abuse survivors to come forward.

Both Andy Woodward and Paul Stewart have decided to go public and provide details of their harrowing experiences in the hope more victims will have the courage to come forward and receive the professional support and help they deserve to cope with ongoing psychological symptoms. Several people have subsequently contacted Cheshire Police.

Of course, it is not just Football Clubs that have provided a platform for paedophiles. Swimming Clubs, Gymnastic Clubs, Athletics Clubs, the Scouts, the Church and Children’s Homes have also endured child sex abuse scandals.

There are many Support Groups seeking to support those who have experienced rape and sexual abuse. A good starting point is the Survivors Trust, www.thesurvivorstrust.org.

For those that are suffering abuse, it is important to take immediate steps to prevent it from continuing. Thereafter, and for survivors of sexual abuse, it is equally important for them to seek help to come to terms with what they have suffered and to receive treatment for the way they feel. At some point thereafter, the survivor of sexual abuse may seek to make a compensation claim.