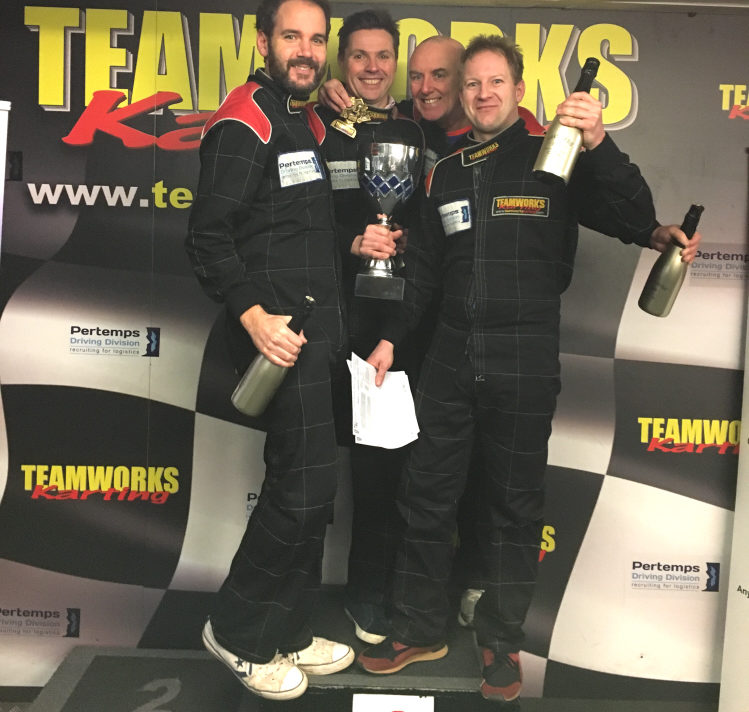 Tollers are delighted to have been crowned the ‘Fastest Law Firm in Northamptonshire’ after their speedy team of drivers comprising Managing Partner Duncan Nicholson, Simon Bagshaw, David Ralley-Davies and Michael Moyers competed in the Law Society heat of the Third annual Nene Valley Ro Kart Challenge (2018) which was held at the Northampton Indoor Karting Centre on Tuesday, 6 February.

They beat off serious completion from the likes of Borneo Martell Turner Coulston, DFA Law, Hawsons, Wilson Browne and Shoomiths (who entered 5 teams), as well as Friday Legal who competed in an earlier heat and were claiming the title for themselves until the Dynamos beat them by over 11 laps yesterday evening.

The evening started with a safety briefing and kit allocation, followed by a practice session for drivers to determine the team’s grid positions.  Having secured pole position the Tollers team where off competing in a two hour endurance race, with each team member taking their turn to clock up as many laps within their allocated time frame as they could.  The race was continuous with regular pit stops for the drivers to quickly swap over.

Team Dynamo ended the evening completing 235 laps in a race with more red flag incidents than the last 2 heats held combined, which the organisers said was an amazingly good performance.

The team also achieved the very fast ‘fastest’ lap of the night of 25.64 secs. 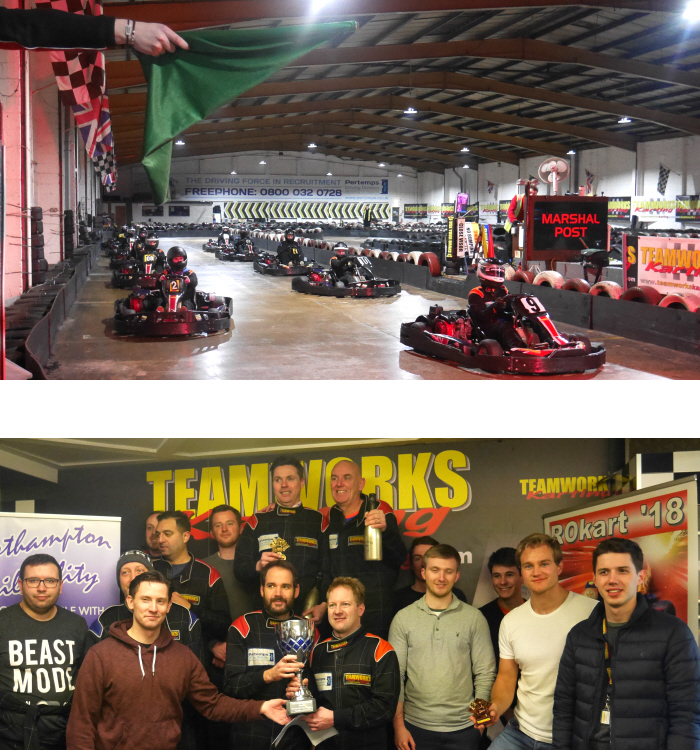 The event, which is organised by Nene Valley Rotary, is growing in popularity and this year there are 12 heats comprising 10 teams taking place between January and March.  The winners of each heat go through to the Grand Final which will be held on Tuesday 10th April, where each heat winner will compete for the coveted title of ‘Fastest Business in Northamptonshire’.

The event also raises vital funds for the Rotary Nene Valley, which hope to use the funds raised to achieve their aim of buying a boat for Sailability – a Northamptonshire charity who’s aim is to enable people of all abilities to experience the joys of sailing in a safe, friendly environment.

Good luck in the final to Tollers Dynamos, here is hoping you bring back the silverware!!