Services For Business
Services For You
Pages & News
Our Experts
Start typing to see results here.
You are here: Home > Tollers in the Community > Anyone For Rounders 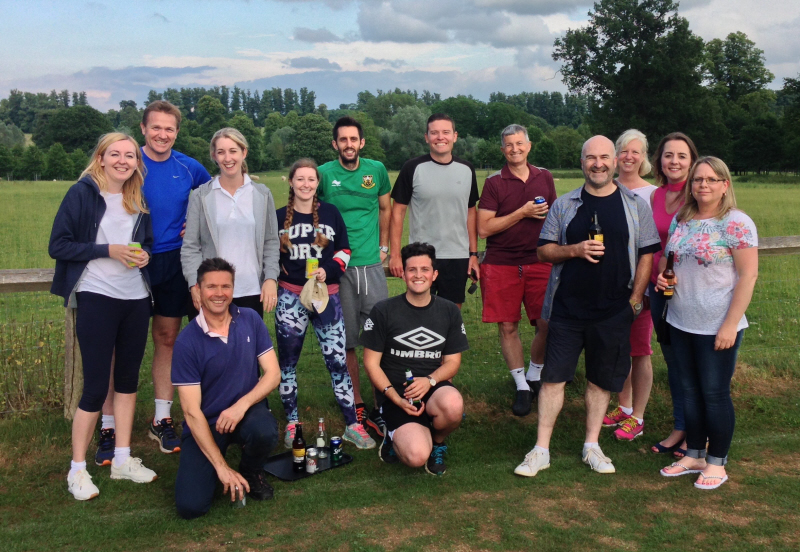 On 22nd June Tollers Solicitors participated in the first Weekley and Warkton Cricket Club Sponsors’ Rounders Tournament to celebrate the opening of their new clubhouse. The Club, based in the picturesque countryside village of Warkton is sponsored by Tollers, Smithers Purslow, Boughton Estate, Lamb & Holmes, Weekley Village and SJN Builders. The Club, who play in the grounds of Boughton Park, is an accredited village team competing in the Northants Cricket League. The Club has a strong track record, having had great success in recent years. They have reached the last 16 in the country in the Village KO, 1st X1 finishing runners up in Division One, the 2nds & 3rds have achieved back to back promotions, and the Club grounds have won the prestigious NCL most improved ground award.

Facing competition from the Clubs others sponsors the 15 persons strong Tollers Team – made up of Partners, Solicitors, Trainee Solicitors and Support Staff – was eager to compete despite its lack of hand-eye coordination. Nevertheless, all participants rallied together in true heroic fashion to win one of their games after facing tough competition from the Smithers Purslow team. 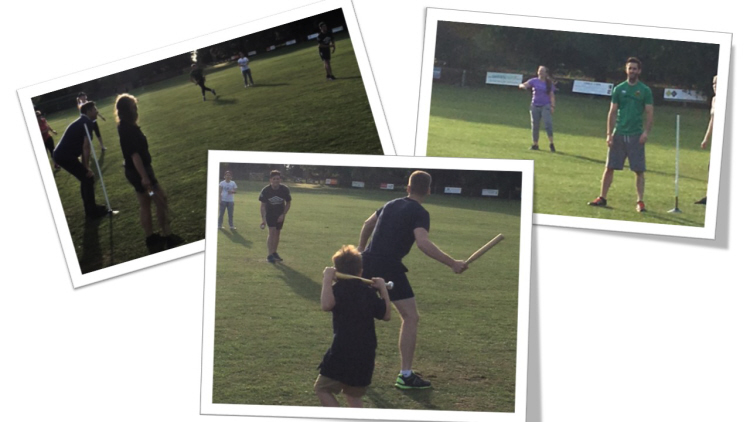 Despite the general lack of rounders-related skill, the Tollers Team had their fair share of stars, with Alan Peck proving to be a dab hand at batting and causing grief for our opponents, and Alexandra Soave and John Barry showing off their fielding abilities and catching several of our opponents out. There were a few surprise revelations as well with David Ralley-Davies demonstrating his hurdling capabilities having misjudged the distance between 4th base and a nearby fence, and Santino Stifanelli providing an unexpected yet much appreciated gymnastics display!

The evening was rounded off with a BBQ and drinks; the perfect end to an extremely enjoyable, fun-filled, action packed and a laugh-a-minute evening!

Tollers would like to thank the other sponsors for taking part, and the Club for hosting the event. Great fun was had by all, and all at Tollers would like wish the Weekley and Warkton Cricket team all the luck for their future games throughout the season!