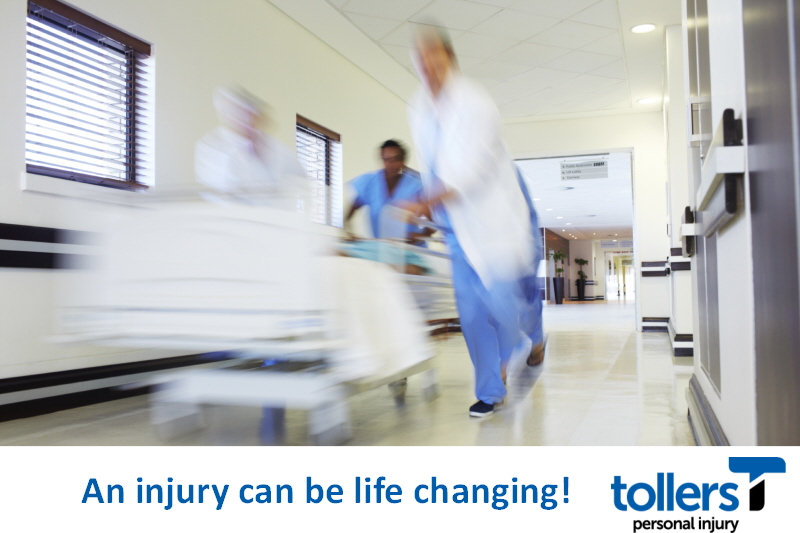 If you are the injured person your life can be turned upside down in an instant.

Our specialist Personal Injury Lawyer David Boobyer recently helped a GP who found himself unable to return to work after he was severely injured in a high-speed road traffic accident. His compensation he received totalled £1.075 million but when you truly understand the life changing issues he now faces you can see why personal injury compensation is so vital to our clients.

The doctor was driving his car to visit a patient when the driver of an HGV lorry lost control and crossed the central reservation on the road.  A collision took place which caused very serious injuries initially placing our client into a wheel chair and ultimately meaning that he could no longer continue with his profession as a GP that he had worked so hard for.

David Boobyer, specialist solicitor who deals with serious injuries at Tollers Solicitors said “As a result of the accident my client suffered serious spinal injuries to his back and neck and also head injuries.  He had ongoing neurological (nerve based pain) and disability, which will affected his balance and the power in his arms.

His injuries affected his ability to toilet.  He also suffered mentally, with Post Traumatic Stress Disorder and a reactive depression.”

Following the accident our client received hospital treatment but from the day he left the hospital his home life would never be the same. He would require daily care and has had to undergo a number of painful operations in an attempt to alleviate his symptoms that affected his day-to-day life.

The defendant’s insurers initially made an offer of £750,000.  This was a significant offer but below the valuation placed on the claim by Mr Boobyer.  Negotiations continued and eventually the case was settled for £1.075 million.

This professional man, on his way to help someone else, was injured in an accident he could not avoid.   It affected his ability to work and caused him pain and disability in all aspects of his life.  The money recovered will assist with loss of earnings, medical treatment and necessary medical equipment plus funds to support future care requirements giving financial security for himself and his family for the future.