Services For Business
Services For You
Pages & News
Our Experts
Start typing to see results here.
You are here: Home > Employment Law > A Jargon Free Guide To Calculating The National Minimum Wage

A Jargon Free Guide To Calculating The National Minimum Wage 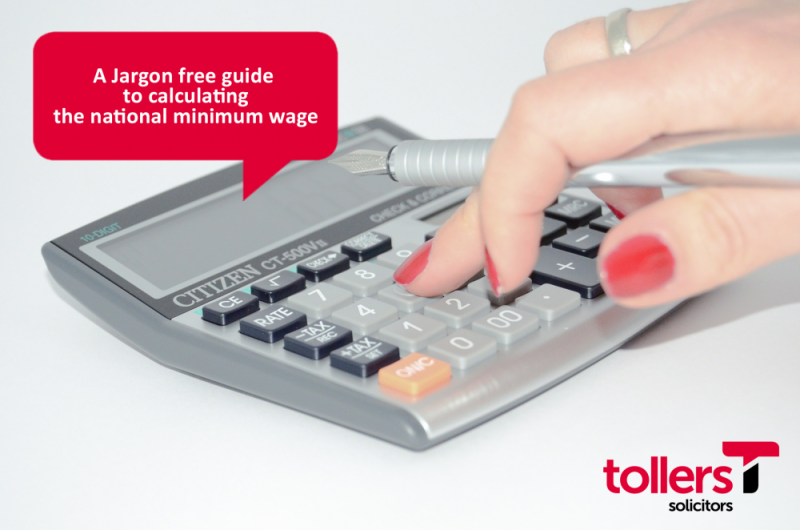 As from 1st April 2016, the National Living Wage (NLW) will apply to all workers aged 25 and over. But how do you calculate it, if your workers don’t work regular hours, or are paid more than their basic pay rate? Our guide is HeRe For You!

If you pay a worker a bonus and they receive it within a specific pay reference period, i.e. the period of time your workers are paid for e.g. monthly, fortnightly, or weekly, then it will count towards the NLW. However, circumstances may arise where a proportion of the bonus can count towards the payment received in a previous pay reference period.

For instance, if you decide to pay an annual bonus in April, but the pay reference period is in one month’s time, then you can calculate 1/12th of the bonus towards the NLW for March and the rest of the bonus can be calculated for NLW in April.

Workers Who Are Paid Based On A Time Sheet:

Workers Who Receive Overtime Or A Shift Premium:

To calculate this premium rate where the same basic pay rates apply to all of the work done by a worker within a pay reference period, i.e the period of time your workers are paid for e.g. monthly, fortnightly, or weekly:

The same rules apply, but they should get no less than the National Minimum Wage for their age.

Talk to Tollers! We are HeRe For You.

Tollers’ Employment Law Team are here to help should you have any queries regarding the above calculations, do not hesitate to contact us on 01604 258558.